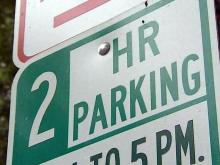 Parking scofflaws will have a little more breathing room after council directed staff to rejig their towing procedure.

Among the updated provisions in the document for on- and off-street parking offenses, staff had set out a direction for vehicles to be towed if they already have one outstanding unpaid parking ticket.

During Monday night’s meeting, members of council felt the regulation was too strict.

“The crux of the matter I have… I think after one ticket and then towing is a little excessive,” said Coun. Cameron Stolz, who presented a successful amendment to the procedure to have that limit raised to two outstanding tickets.“We certainly need a mechanism to enhance compliance,” said Coun. Murry Krause, who agreed the one-strike limit was too strict. “I don’t think anything is going to ensure it.”

Public safety and civic facilities director Rob Whitwham also clarified that vehicles would have to be in violation of the parking bylaw again before they could be towed, regardless of how many tickets were outstanding – meaning legally parked vehicles wouldn’t be towed, even if they were attached to unpaid tickets.

Parking tickets are payable upon receipt, said Whitwham, but the amount of time before a vehicle could be identified as having an outstanding ticket would depend on what licence plate recognition system the city eventually procures.

“We won’t be towing for an outstanding or unpaid ticket received during the interval between the time the ticket actually enters the system and the owner is actually notified of that ticket through the normal course,” he said.

Coun. Lyn Hall questioned whether or not the city could collect the unpaid parking fines in conjunction with vehicles being released from impound, but was told the current provincial legislation didn’t allow for it.

According to Whitwham, that means vehicle owners can pay the associated towing and impound fees as well as the $50 administrative charge remitted to the city, but not the initial fine.

“I’m primarily interested in collecting our money,” said Hall, who noted parking violators could continue to brush off their parking tickets and just keep paying the towing charges.

“It would be a rather, I would think, expensive proposition, much more than paying the tickets,” said Whitwham. “But I guess if somebody found that a convenient way to buy on-street parking, they could do so.”

During the conversations held last year about the challenges with on-street parking, administration heard loud and clear that enforcement was an issue, said mayor Shari Green.

“People have been receiving tickets and they’re not getting paid. And if they know their vehicle might not be there next time, there might be more incentive for them to pay the parking ticket instead of the hassle and inconvenience of tow…,” Green said. “And if you’re towing them, it’s because they’ve already got a previous ticket. So there’s definitely some behaviour change that needs to happen.”

Coun. Albert Koehler voted against changing the limit to two tickets, given there could be drivers with one ticket outstanding for long periods of time.