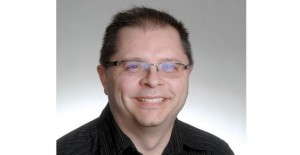 The only thing wrong with Coun. Albert Koehler’s idea of capping the general tax increase for the 2015 budget at 1.5 per cent is that he didn’t go out and get four other members of city council to support him.

The idea is sound because it would force some tough budgetary decisions upon administration and council while also putting control of the budgetary process back where it belongs. City manager Beth James informed city council Monday night that administration are already working through budget models where the tax levy increases by three to six per cent. In other words, James and senior administration will tell a story to the next mayor and city council about all of the necessary spending that needs to happen and leave little room for the elected officials to chart their own direction.

There is no malice or empire building going on here by James and her team, despite the bloggers who see conspiracy theories under every desk at City Hall. Rather, that three to six per cent increase factors in status quo spending, increases in wages and benefits agreed to under existing union contracts, increases from vendors for good and services and setting aside funds for initiatives already approved, such as renovating the Civic Centre Plaza. In other words, anything below a three per cent increase in next year’s tax rate will involve spending cuts.

As every small business owner, business manager and person who balances the family chequebook knows, spending is not about wants or even needs, it’s about affordability. All wants look like needs except to the person paying the tab. To that person, some needs are more needy than others.

Koehler’s colleagues fretted about tying the hands of administration by forcing James and senior bureaucrats to only consider a 1.5 per cent tax increase but what is wrong with that? In many larger businesses, a general manager will give department heads spending targets, not the other way around. Those department heads will be asked to report back with various options on how those targets will be met, the general manager will choose one of the options and the department head will work within those parameters for the upcoming year.

“If we were to box ourselves in like this, it would be very difficult for council to have fluid conversations we’ve had in the past,” he said Monday.

Those fluid conversations, however, are part of the problem. Fluid conversations in government are always about new spending initiatives, under the euphemism of “thinking outside of the box,” rather than conducting a cold appraisal about the validity of the initiatives already in place. Under Koehler’s plan, the conversation would be tightly focussed on prioritizing where and how spending happens and holding administration accountable to those targets.

That kind of work intimidates some councillors, such as Brian Skakun.

“If we would have went with the 1.5 [per cent] suggested last year… it could have wiped out all the sidewalks we paved this year. Or we could have reduced services and hours at the CN Centre, Kin Centre, the pool; we could have not mowed grass to make up that shortfall,” he said.

There’s no evidence that would be the case but it does point to a discussion of which spending wouldn’t happen under Koehler’s plan and that’s conversation is worth having but not under the rules council set Monday.

Instead of giving administration several numbers, including 1.5 per cent, to prepare budget scenarios, council should have just given the one number and asked administration for several options of what spending in 2015 would look like with that tax hike.

As leaders, city council should be choosing the destination and then charging administration with providing alternatives on how to get there.

Some thinking inside the box would be a refreshing approach.